Same Name, Different House Part 2 - From Aurora to the Elmwood

Carrying on with Same Name, Different House topic we find that some of the houses that share a name also share either a number, a floor plan or had some changes to their floor plans through the years.

We start with the Aurora .
The earlier version was only offered in 1918 and although there was another house with the same style offered that year it didn't share a floor plan or a number. 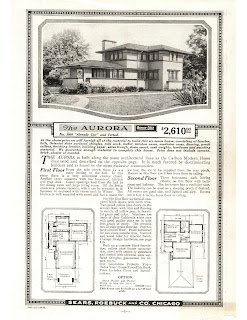 15 years later Sears decided to change the name of  the Sears Hartford that they brought out in 1931 and 1932  and in 1933 they renamed it the Sears Aurora. Both of these houses had 2 different floor plans which had a slightly different window arrangement and house length. Plan A had s shared living and dining room while Plan B split them with a cased opening. Plan B had an extra single window in the kitchen while Plan A only had 2 double windows on that side. 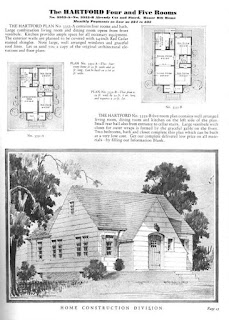 In 1914 through 1921 Sears offered the 1 story cross gabled Sears Belmont. 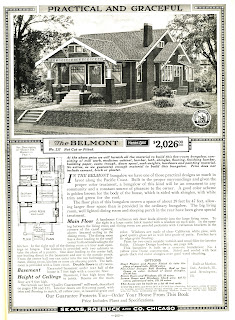 10 years later in 1931 through 1933 they used the Belmont for a projected gable house which was the brick version of the Sears Lynnhaven which was offered from 1932 through 1938. 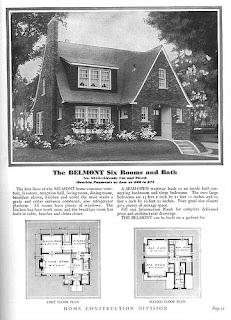 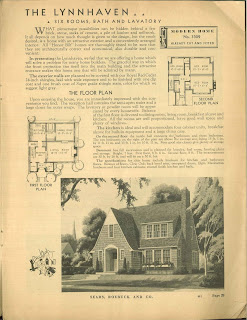 On to the Sears Clyde first offered in 1908 until 1918 in its first incarnation it was a beautiful hipped roof style house.. 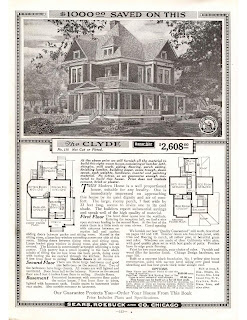 After a 1 year hiatus Sears brought the name back in 1920 through 1929. This single story gabled roof house started with your choice of no bathroom(7030) or with a bathroom(9030). Later the no bathroom version was discontinued and a 4 foot wider version(9030B) took its place. The wider Clyde also added a few more windows on the sides and the front. Around 1925 they only offered the 9030A version but it's also on the catalog page with the 9030B so I mixed those years together. 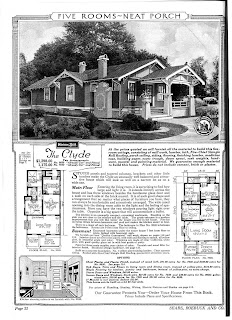 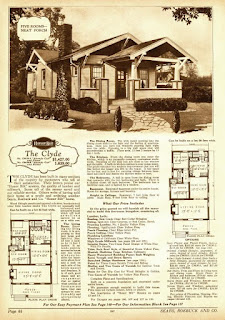 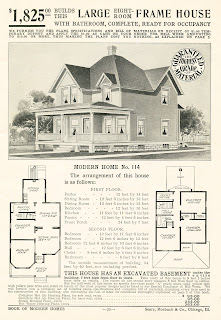 10 Years later Sears offered a trio of houses similar in design and floor plans. From 1933 to 1940 the Concord name was used on a split level house and part of the trio. Also part were the Homestead from 1933 to 1940 and the Oldtown only in 1933. 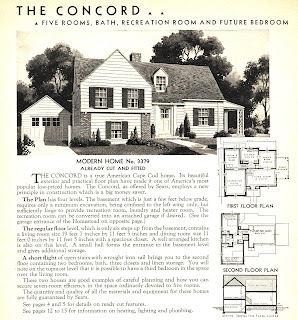 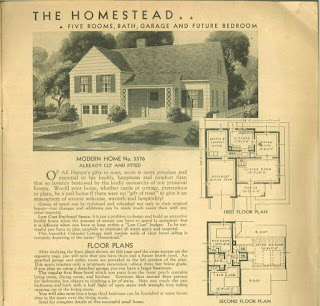 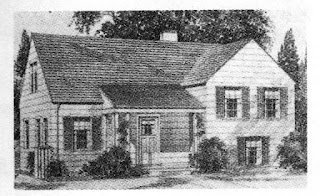 Sears Oldtown 1933
This is one of a few houses I still have never found a floor plan for but HBM says it's a reversed floor plan of the Concord. 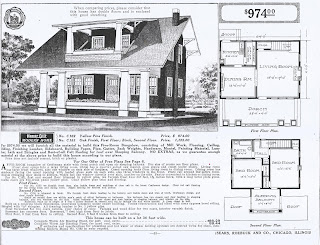 In 1922 until 1927 the same floor plan with the sleeping porch screened in was renamed the Sunbeam. 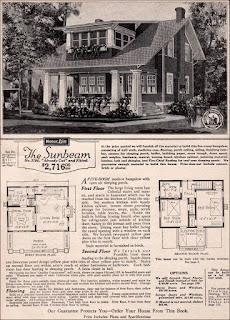 And from 1909 until 1911 before the Elmwood used the number 153 there was another house that had that number. 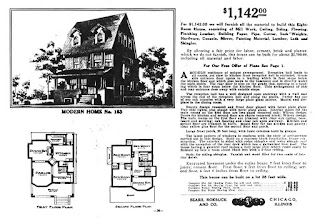 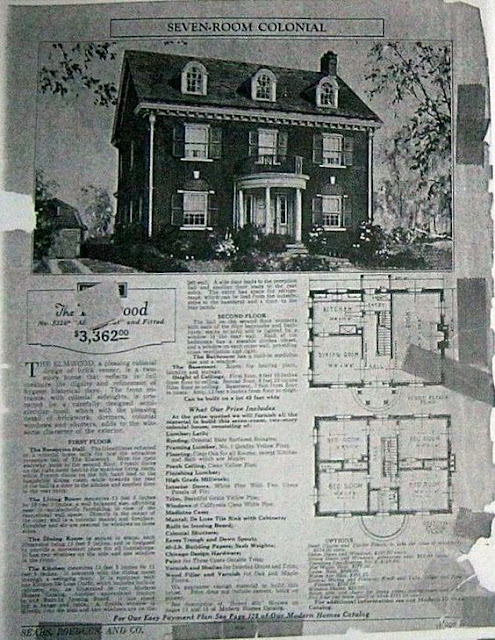 More to come so stay tuned!